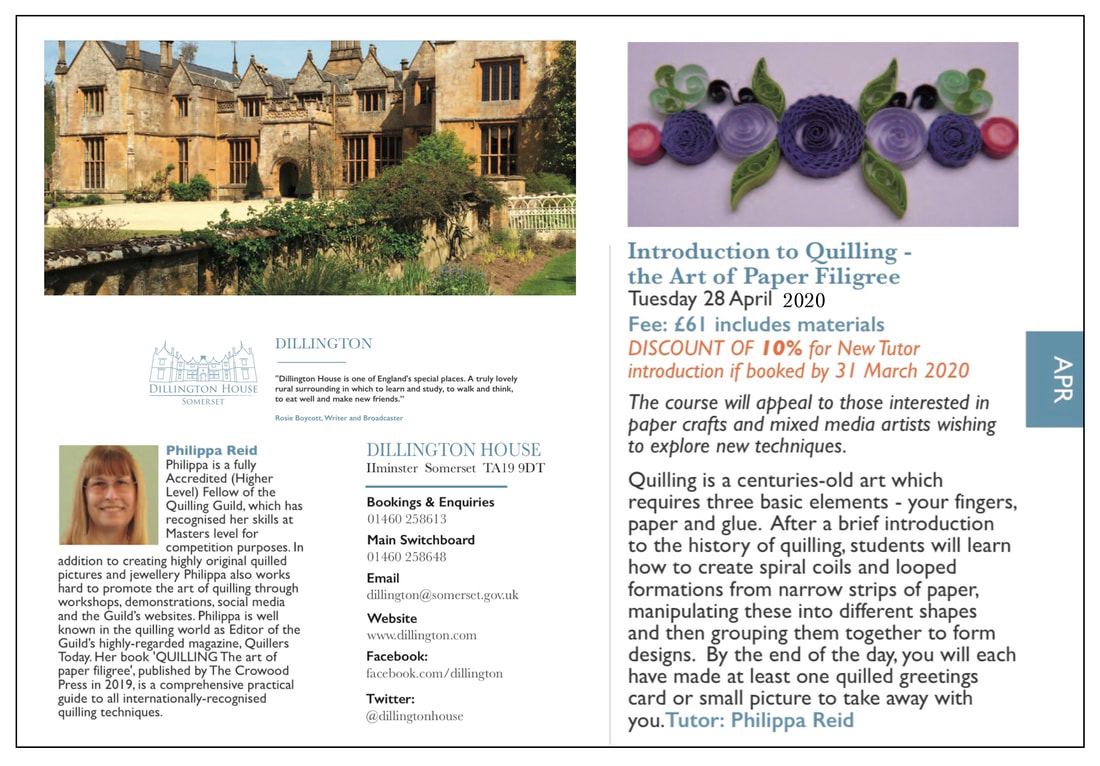 Also, come and see us at the Craft4Crafters Show, Westpoint Centre, Clyst St Mary, Exeter, Devon, EX5 1DJ on 13th - 15th February 2020.  Displays, demonstrations and a chance to have a go at quilling! See us on stand no. 129.

July 2019
Congratulations to Toni Swayze, Maria Tsvetanova and Roberta Jusyte who all achieved their Quilling Guild Accreditations this year!
​

At a meeting held in March 2014, the Committee of The Quilling Guild officially endorsed a previously-unrecognised quilling technique that has recently been identified in antique quilling.  The technique, named by the Guild's Vice-Chairman, Jane Jenkins, as 'Pixie-Hood Looping', has been acknowledged as being distinctive in its own right, rather than simply being seen as an adaptation of other recognised quilling methods such as Closed/Open Coils, Wheatears and Alternate Side-Looping.

Pixie-Hood Looping involves looping a paper strip in a single-twisted fashion on its flat side rather than its edge, creating a hood-like shape that lends itself readily to the creation of flower petals, star segments and many other creative applications.  A tutorial video has been produced for sharing with members of The Quilling Guild, and the technique will also be featured in detail in the Summer 2014 edition of the Guild's 32-page colour magazine, ﻿Quillers Today﻿.  Pixie-Hood Looping will be included as a recognised technique in the next revised edition of The Quilling Guild's official shape chart.